The Baked Potato of TV Streaming

When I first bought my Apple TV I was a little disappointed with the lack of third party support. I did question why something that cost three times as much as Amazon or Google’s TV-plug-in alternatives did not have any UK terrestrial apps beyond the BBC. I felt a little stupid that I had assumed functionality was there that wasn’t. Sure, it is great to throw up (I am doubtful this is the correct vocabulary but it is what we use in our house and it sticks) the screens from our iPhones and iPad quickly and easily to the TV for us all to bicker over the contents more democratically (it’s the future of family arguments) but I was pretty disappointed that unless one also subscribed to NOW TV, Netflix, etc. it was not all I had hoped. I was therefore thrilled one frosty morning in mid-December to discover that the Apple elves has been in the night and massively improved the capabilities of the little black box. We now had a TV app, and many more apps for UK channels. No more must we go through the process of switching on the Apple TV to watch something, only to have the sinking realisation that it was an ITV programme and that we would have to turn it all off, get off our bums, climb the stairs and switch on the iMac. Amazing that I can be so happy to have functionality I expected at the start. In a sense it was relief at the timing of the upgrade because because Christmas time really is the time that I feel I am able to get snug under blankets and watch copious amounts of telly, guilt-free.

All those possibilities. Where to start? App or channel? Film or programme?

It was baked potato moment. Back in the late eighties and early nineties, there was a huge amount of ceremony in the purchase of a microwaves. They were expensive machines but, the way I see it, they were adding a new functionality to the product of the kitchen which is a sacred area of any home, and as such they were tested for robustness with a degree of ceremony. I remember my Mum shaming my Father to the audience of neighbours for Christening the new white-surfaced chamber with McCain micro-chips instead of a jacket potato like every other family - an indiscretion not quickly forgotten but very difficult to justify/explain its significance. If anyone out there could shed some light onto this primordial instinct I would love to know more about its symbolism in other aspects of our modern lives.

So what should I choose to do for my updated Apple TV? Something stable and well-known to me would be a good control. Why did I pick something I have not watched in thirteen years, the format of which, has changed considerably (HD, single-camera, cutaways and most importantly, no longer on BBC)? Why did I pick episode 7,749 of Neighbours on My5 as my first thing to watch?
I suspect it is because it was a dissonance of two thoughts. The first was that I wanted a potato - a well-known staple from that has that deep-root within me. But concerned that it might be terrible and not the potato I remember, I also hoped that the magical time of year with a magical Apple box that there would be a Christmas miracle and Neighbours would be good.

Neighbours was good. It was very good. It was so good that I’m still watching it each evening before bed with my sudoku. It was one of the best Christmas presents ever. I chose my potato well.

Hello. Welcome to my site.
I am a lecturer in Materials Science at The University of Exeter. I also have an active research in RTI, Electron Microscopy and various associated materials.
[Read more here]

How to sign up for a tutorial this academic year

Dear All I have moved to the third floor of the Geoffrey Pope. If you wish to come and book an appointment, you will have to sign up outsi... 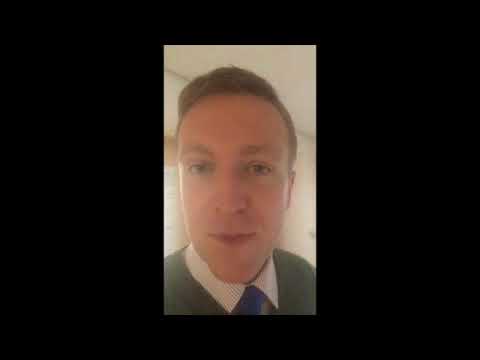